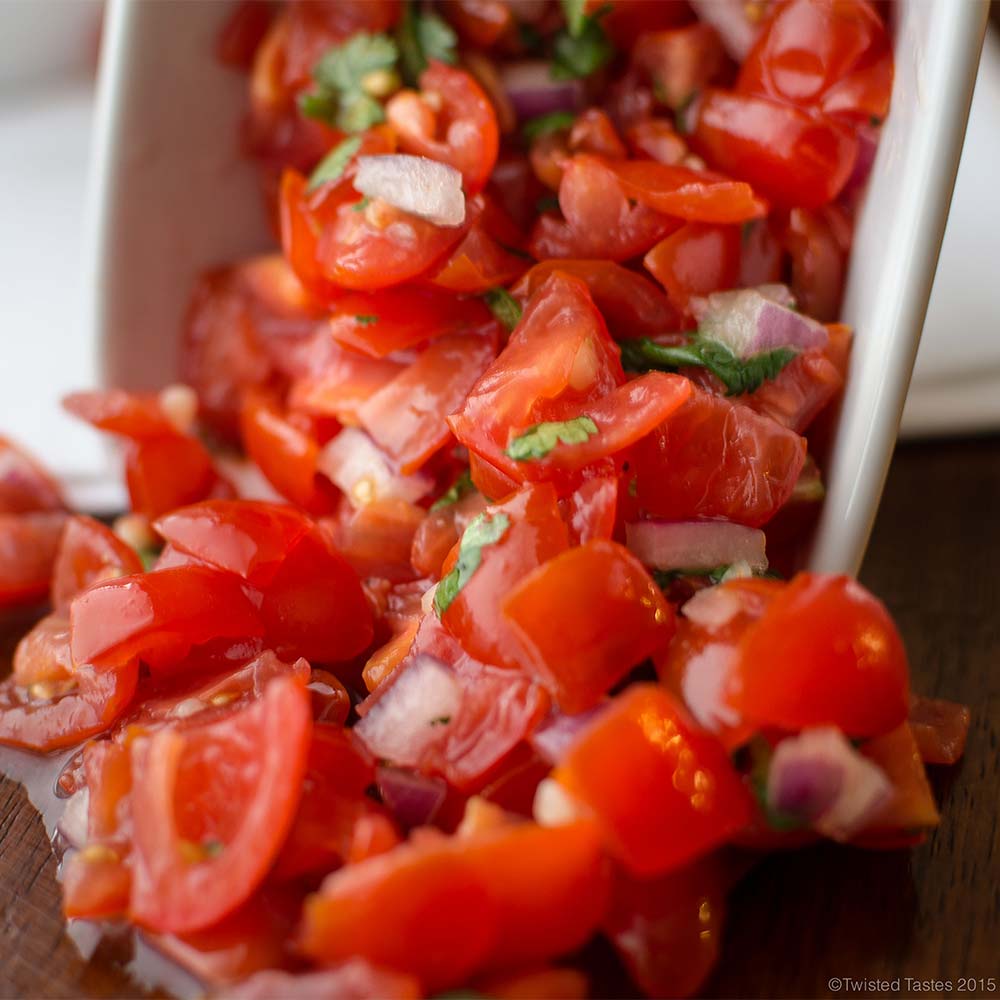 This pico de gallo is pretty mild since I had made it for the kids. I had a lot of cherry tomatoes that needed to be used before they went south so I decided to make a pico de gallo recipe that the kids would eat too. I hadn’t realized it would go over so well with my youngest. Traditionally, pico de gallo contains a spicy pepper, such as jalapeno, which doesn’t go over well with my younger crowd. To make this a quick and easy snack, I used pre-minced garlic in a jar and left-over onion I had chopped the other day.

This recipe is speedy and easy and appealed a great deal to my 13-month-old. As I was staging the food for taking the picture, I turned around to grab a piece of camera equipment and turned back around to find Mandolin (my 13-month-old) fist-deep in pico de gallo. She wouldn’t relent so the first shot I took had to suffice. To supplement, I took a couple quick snaps of Mandolin Eve in mid-action. 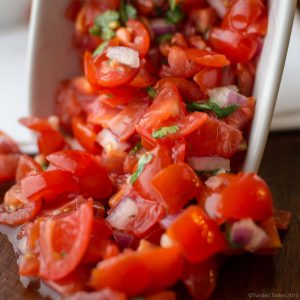