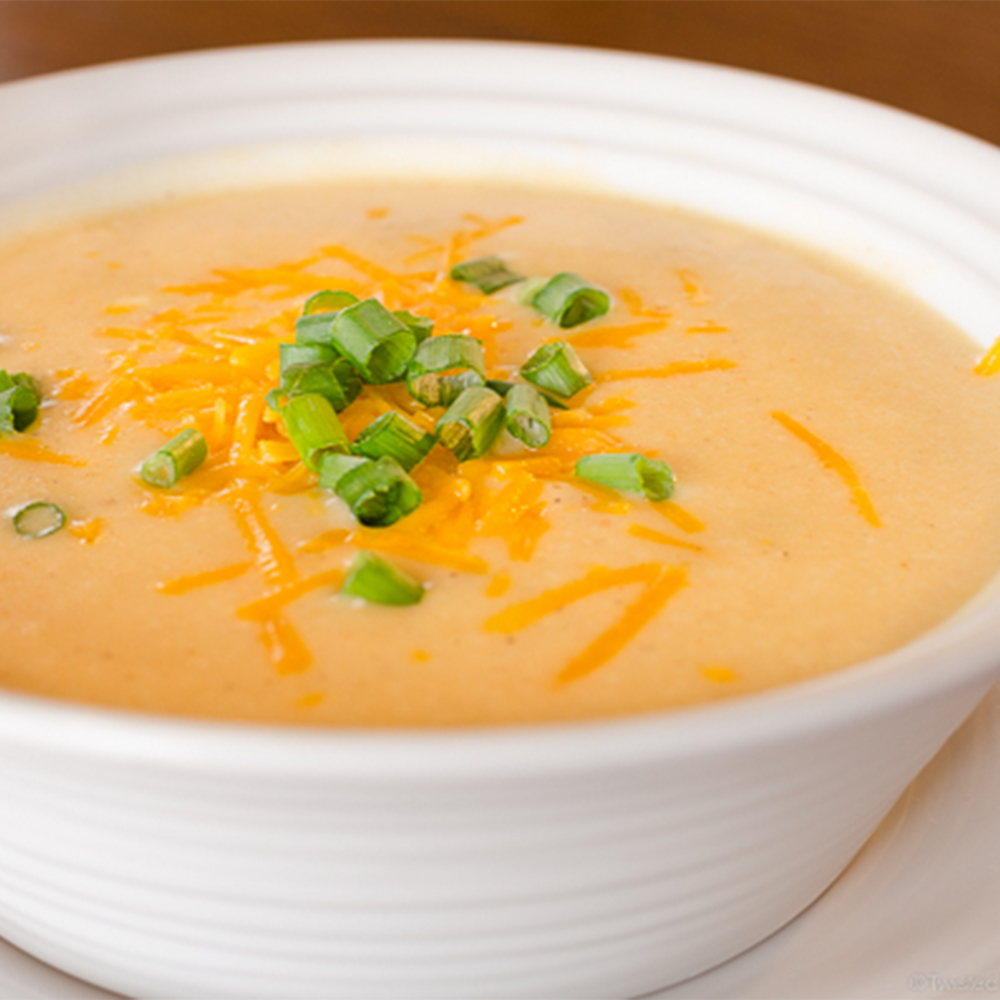 Loaded baked potato soup – Listed in the recipe are the ingredients I had on hand when I got the most compliments on it, but I typically am a garbage-head soup maker. I’ll throw anything in there that needs to be used up. This time I had red onions on hand, but I bet white would give you the same effect. Here’s my recommendation on variations: make this version first. The next time, if you’re being adventurous, try sneaking in a new veggie. The blending method will throw them for a loop, just be careful to use vegetables which compliment each other. I don’t think beets would work in this one, but maybe an avocado would. Let me know what you come up with if you try something new.

If you don’t have an immersion blender, check it out. It will save you the effort (and extra dishes) by allowing you to blend it straight in the pot. I have one similar to this one.

I had extra biscuits to use, to be more exact, I had these cheddar sage biscuits. To bring those bad boys back to life (they were a couple days old), I preheated the oven to 350 degrees and baked them on a cookie sheet for 15 minutes. Good as new and they complimented the soup very well.

As far as the shredded cheese goes, add that to taste. My family loves cheese.  So, maybe two cups will be enough for you. Also, there is a tiny kick to the soup due to the cayenne pepper. If you’re not digging the heat, cut back or eliminate it there. Enjoy!