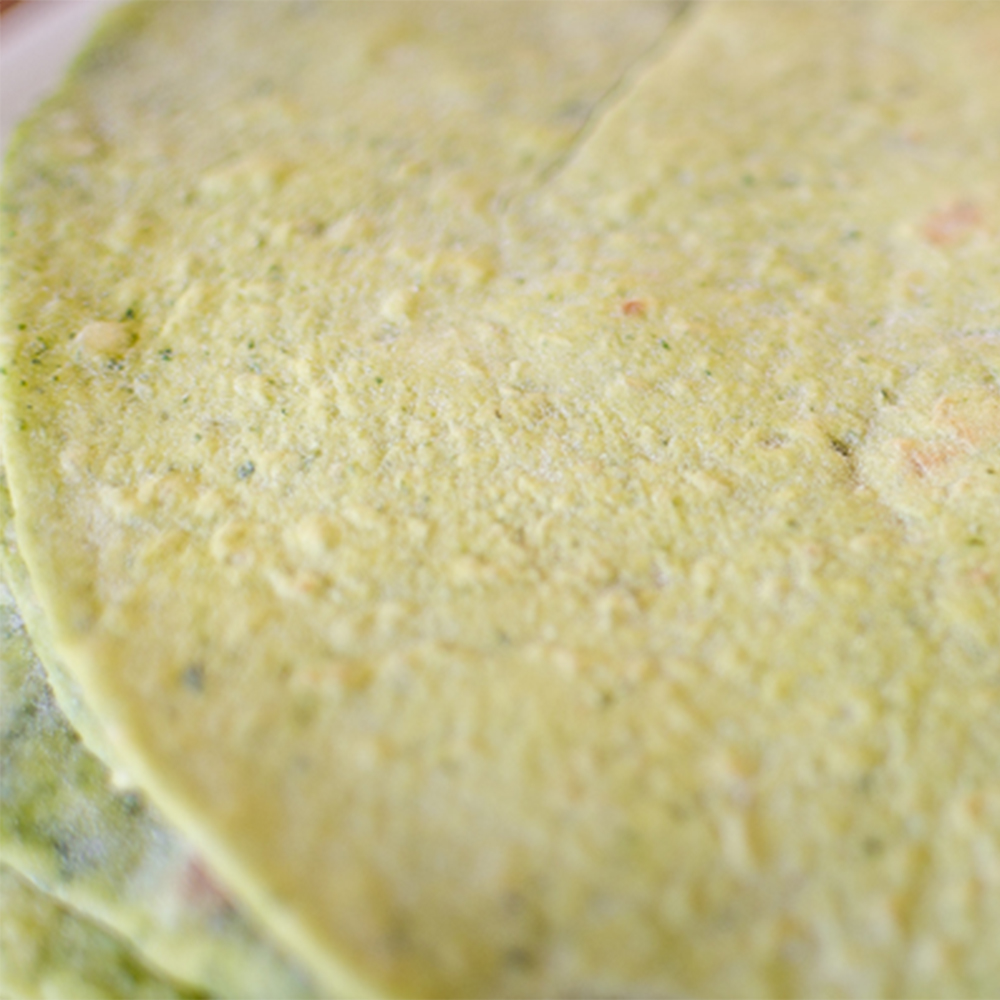 Making these spinach wraps became a family affair when I was developing this recipe. As usual, I had quite a bit of something that I needed to make use of, in this case, spinach. My children love quesadillas and tortillas so I decided I’d try giving them a healthier version and make spinach wraps. Half my kids love it; the other half look at it like it’s radioactive. So I tried calling them Incredible Hulk wraps…that didn’t fly. I suppose they don’t care about all the vitamin K they get from it…

I had to make these twice to perfect the recipe to my taste. I wanted a lot of garlic and parmesan flavor to compliment the spinach. The first few steps are pretty straightforward… make what looks like a spinach smoothie using fresh spinach (I used baby spinach) and milk in a food processor. Then, transfer the “smoothie” to the mixer and continue to add the seasoning and olive oil. Once you get that blended, mix in your flour. Once you get a dough formed, then you just roll it up and slice it into equally sized pieces.

Rolling these out can get messy, especially if your house is infested with kitchen elves. Come prepared and wear an apron (and a hat and headphones, if you’re like me). About halfway through the first batch, I remembered I have a tortilla press, so don’t think you need one. I honestly use a combo of pressing the dough ball initially and then rolling it thinner with the rolling pin.

The picture displays a scantily-clad kitchen elf in action. Spirited beasts, they are. This particular elf is pressing a dough ball so that I can roll it out.

I like using a cast-iron skillet to cook these since the heat stays on for while (and I’ve scorched frying pans before making the corn version of these). They only take a couple minutes to cook and if you don’t have any holes in them from rolling too thin, they’ll start to blow up a little bit during the process. I really should have taken a picture of that, but just imagine your tortilla is preparing for lift-off.

Flour is your friend when rolling out most types of dough. It's the barrier between a gooey mess and success.
Keyword wrap