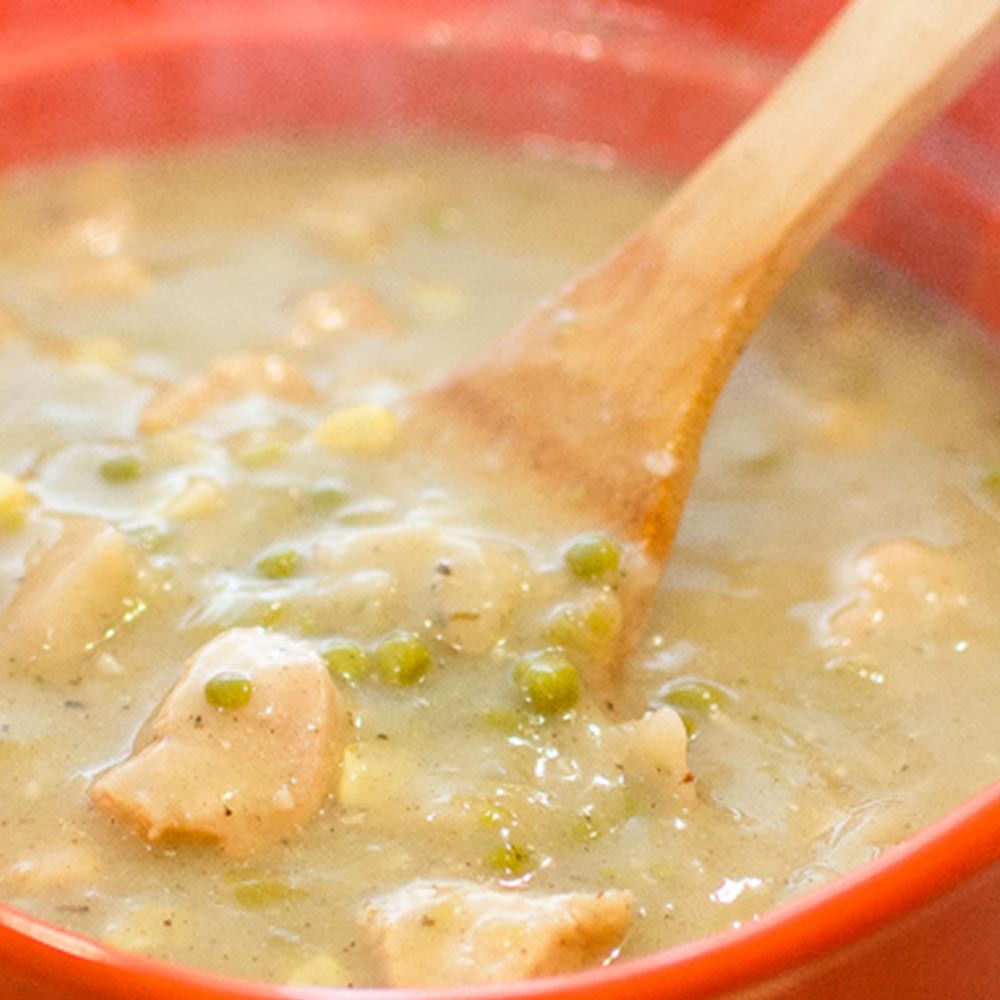 The first thing I do is chop all my veggies and chicken. I toss a of tablespoons of butter in the stockpot and cook the veggies until translucent. Then, I add in the chicken to the veggies and cook it until it’s no longer pink. The chicken only takes about ten minutes if it’s cut into small pieces. Once that’s done, I add the flour which is what thickens the sauce. After about a minute to cook, it’s time to slowly add in the chicken broth and add in the seasoning and frozen veggies.

While I’m waiting for the chicken and broth to come to a boil I get to work on my dumpling dough. It’s pretty straightforward. Mix everything together. Roll it out. Cut it.

I use a pizza cutter to cut the dough, but half the time I forget, so a non-serrated knife will work too. Once you have them cut to your liking, toss them in and cover. I like to turn the heat down a little once I put the lid on. It usually takes about 15-20 minutes for my dumplings to cook. The thicker they are, the longer they will need, so adjust your time accordingly. It’s okay to taste test. I won’t tell.

This was gone in less than 10 minutes once I put it on the table. I am glad I “taste-tested” it. The kids ate the chicken and dumplings like I forgot to feed them lunch, which I didn’t.

Follow along with the companion video as I make this recipe.