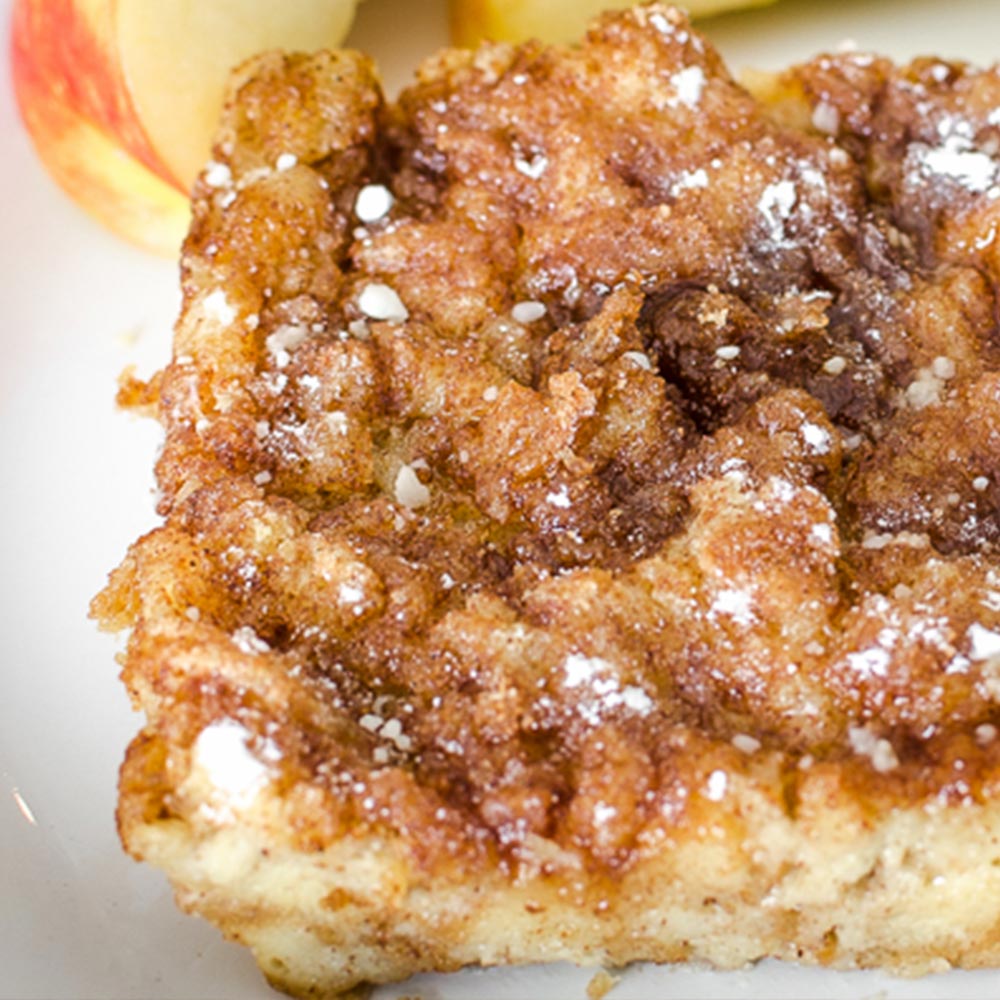 This Sunday morning, I was my typical self. I woke up, walked into the living room and made coffee on auto-pilot. I don’t even remember making it. Before I was done with the cup, I think my kids were talking to me. I must have still been part-zombie. They wanted food, and I didn’t feel like making it. Not being in the mood, I wanted to make something easy, but satisfying. My two older sons asked for French toast, but I didn’t feel like standing over the stove flipping bread, so I decided I was going to bake it, hence Baked Cinnamon French Toast.

This recipe is pretty simple and only uses one pan and a bowl. If you’re ninja-like you can narrow it down to one pan. You can use that old bread you have hiding in the back of your pantry…or even the heels that everyone refuses to eat. This recipe serves four. I hope your wee zombies allow you to finish your coffee before they put demands upon you, but if they don’t, this one is for you.

If you like this dessert, consider one of the others below!