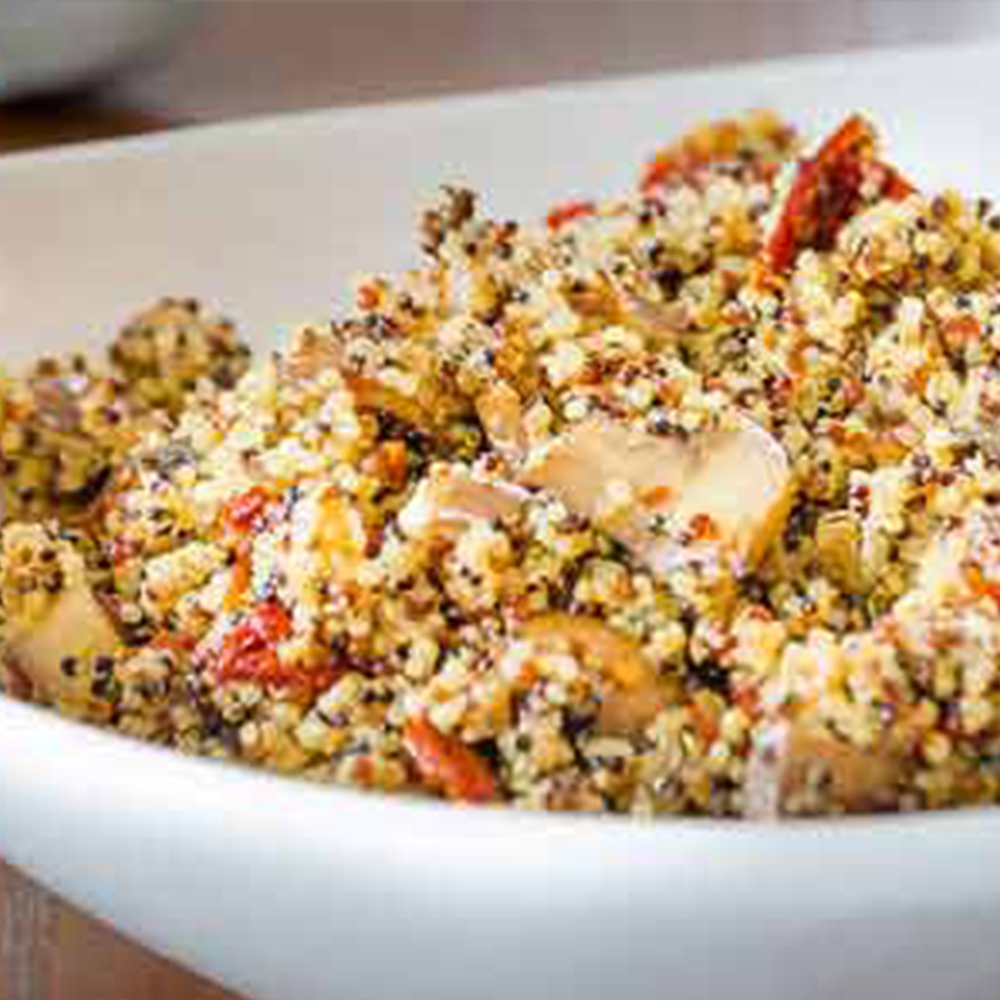 It was “Meatless Monday” and the majority of my family was out of the house during dinner time, which allowed me to make any thing I wanted for dinner. I made the red, white, and blue quinoa I had picked up the other day, but had never tried. It’s actually called tri-colored quinoa. I wanted to add something sun-dried tomatoes. I also had an entire container of mushrooms calling my name, “Holly…eat us…no one else will.” I obliged. Call me a sympathetic, but when mushrooms ask for help, I answer.  It’s actually a beautiful dish in real life.

My youngest son is quite excitable, and when I said we were having quinoa he started chanting. “Keen-wa, Keen-wa, Keen-wa,” with fists in the air. I didn’t quite understand the excitement, but who am I to judge a half-naked toddler and his chants? I decided to join in (I kept my clothes on). Inevitably, he asked for cookies before dinner was completely eaten, and I found myself saying: “You can’t have any cookies until you eat your quinoa.”  I had just unintentionally modernized the lyrics of Pink Floyd’s Another Brick in The Wall (“you can’t have any pudding…”)  I was mad at myself long enough to make fun of myself and post it to Facebook, but I recovered. No Rowan, eat your dinner first.