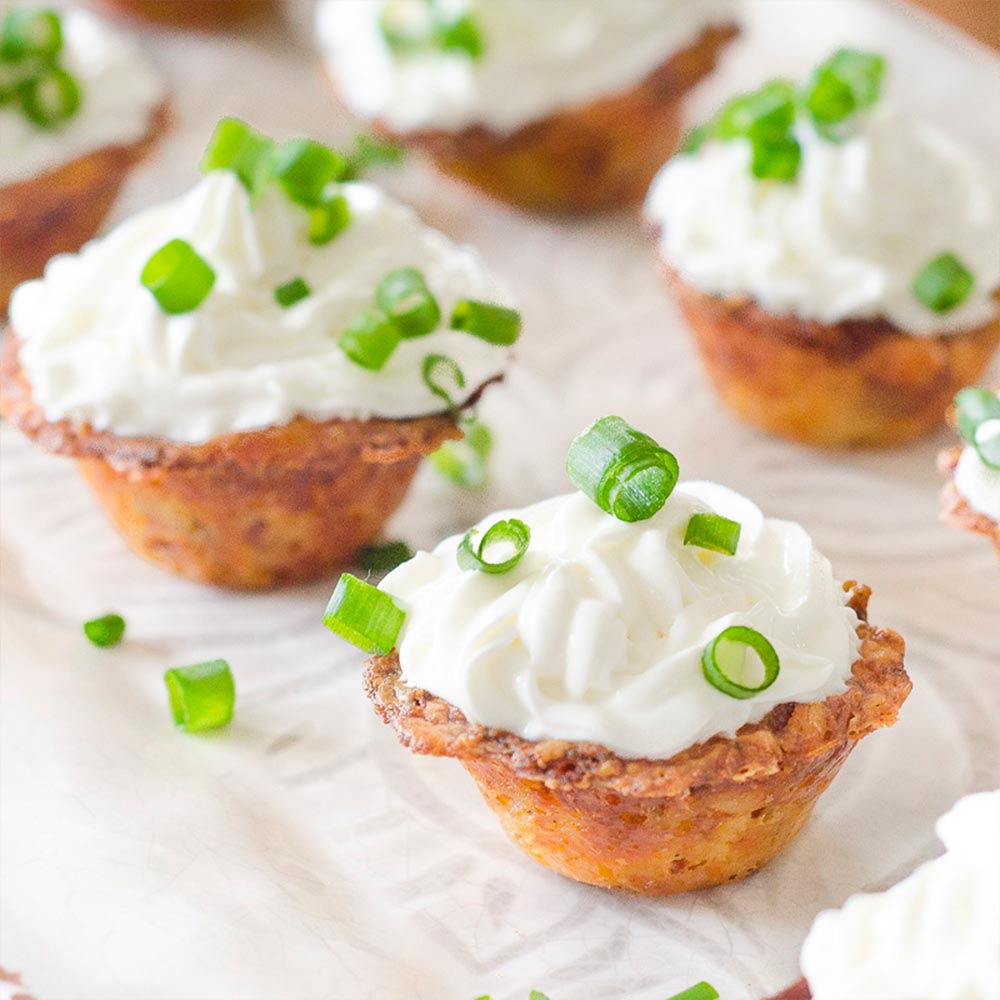 Being a family of Irish decent…there are potatoes involved in everything, even our cupcakes, aka paddy cakes. Just kidding. I had invited my family over the other day for dinner and used five pounds of red potatoes to make the mashed potatoes. I had a little left over the next day and wanted to use them for something. Those potatoes were good! They were skin-on, mashed, garlic, red potatoes. Those were NOT going to waste even if I had to eat them all myself, and that could realistically happen (I like carbs). I decided to turn them into bite-sized mini potato cupcakes. We call them paddy cakes. They are super easy and use the food you probably already have in the refrigerator.

Apply the sour cream in a decorative manner isn’t terribly complicated. I used a piping bag and a large tip, but if you don’t have that handy try putting the sour cream in a zip baggy and trimming one of the corners with scissors to create your own piping bag. I was afraid at first that would be an overload of sour cream, but it wasn’t. The amount shown in the main picture is perfect. To add a bit of contrast in color, I sprinkled green onions on top.  Chives on top would match the petite stature of these mini patty cupcakes too.